Realme Narzo 50 Confirmed to Launch in India on February 24 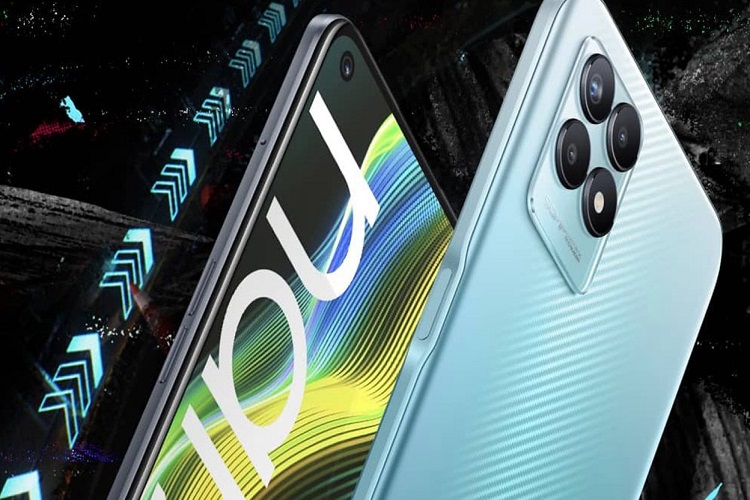 The MediaTek Helio G96 chipset will be used in the Realme Narzo 50 smartphone. Aside from that, the phone is said to have a high refresh rate, a large battery, and rapid charging capabilities. The phone is said to include a 6.5-inch display with FHD+ quality and a punch-hole notch for the selfie camera on the front. The Helio G96 processor will have 4GB or 6GB of RAM. Aside from that, the phone will most likely come with 64GB or 128GB of internal storage. According to the EEC filing, the phone will have a 4,800mAh battery that enables 33W fast charging.

Furthermore, the Narzo 50 is expected to run Android 12 on RealmeUI 3.0. A teaser image has recently leaked, revealing the handset’s triple rear camera system. This camera island might have a 50MP main camera and two 2MP depth and macro lenses. The phone will reportedly have a 16MP front-facing camera for selfies and video calls. In India, the Realme Narzo 50 price could start at INR 15,990.

In addition, the base model with 4GB of RAM and 64GB of built-in storage capacity could cost INR 15,990. Similarly, the 6GB RAM+128GB storage device will likely cost INR 17,999. Apart from that, the Narzo 50 will most likely be available in Green and Gray.

What makes this mobile best?

Various amazing features make this mobile most sustainable. It consists of a  6.5-inch FHD+ display with a high refresh rate and a punch-hole cutout that is rumoured to be included in the Realme Nazro 50. According to Realme, the Narzo 50 will be powered by the Helio G96 chipset. The CPU is expected to be combined with 4GB/6GB RAM and 64GB/128GB storage under the hood. According to the EEC listing, the Narzo 50 will include a 4,800mAh battery with 33W fast charging. The smartphone will most likely come preloaded with RealmeUI 3.0 on top of Android 12.

According to the EEC filing, the Realme Narzo 50 smartphone will have a 4,800mAh battery with 33W fast charging capabilities. The phone will run RealmeUI 3.0, which is based on Android 11. A 50MP primary camera, a 2MP depth sensor, and a microsensor will be included in the Realme Narzo 50 smartphone’s triple rear camera configuration. In terms of the front camera, it might be 16MP for selfies and video calls.

In this article, we have read about  Realme Narzo 50 Price in India, Launch Date, Full Specifications price in India. This phone is most suitable for users who frequently change their mobiles for better functioning and highly justify the Rs 15,000 to Rs 17,000 price tag.

If you want to sell your smartphone, then click here to visit Recycle Device and get the best deal in exchange for your phone. If you want to buy a mobile for multiple tasking, buying  Realme Narzo 50 is recommended to grab the best deal.